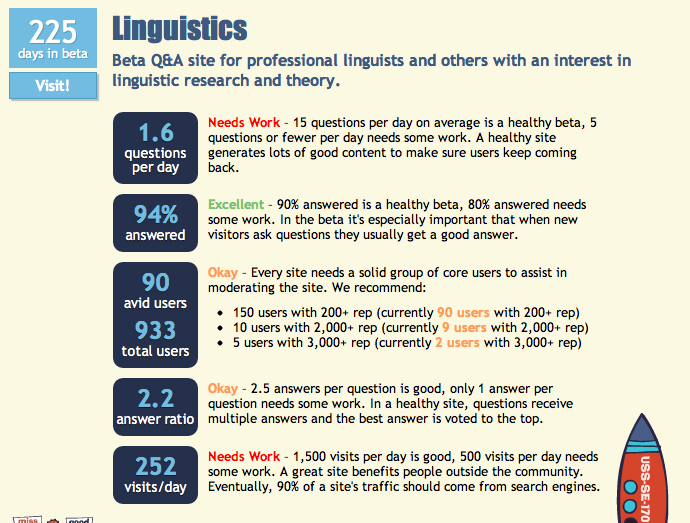 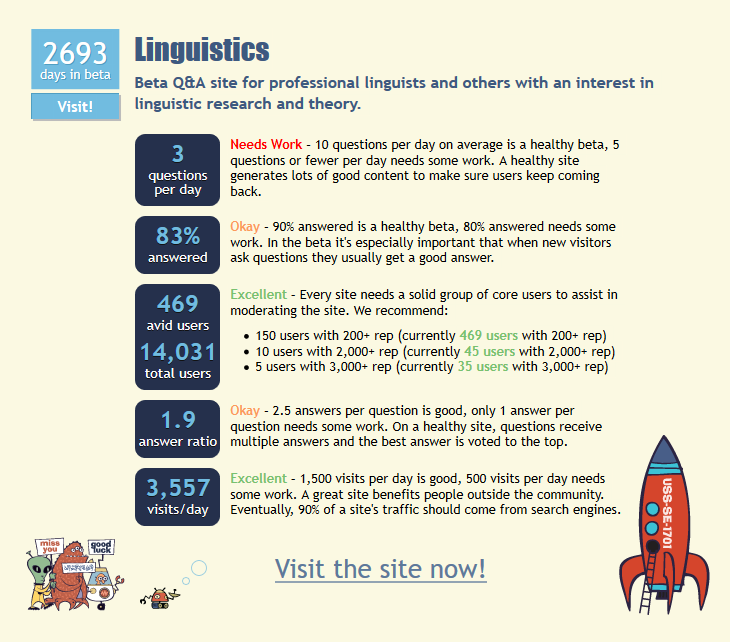 7
Overlap of Linguistics site vs the Languages site proposal vs individual Language & Usage sites and proposals
9
Promoting the site
4
Spring Clean-Up!
4
Organizing our Linguistics Blog
5
Should we include Conlangs in our scope?
5
What is our attitude towards "why-" questions?
7
Do we have questions to migrate to Language Learning.SE?